Download our wallpaper/lock screen right to your phone! Show your Cub Pride every where you go! Simply click here or on the wallpaper below to download the full sized image. 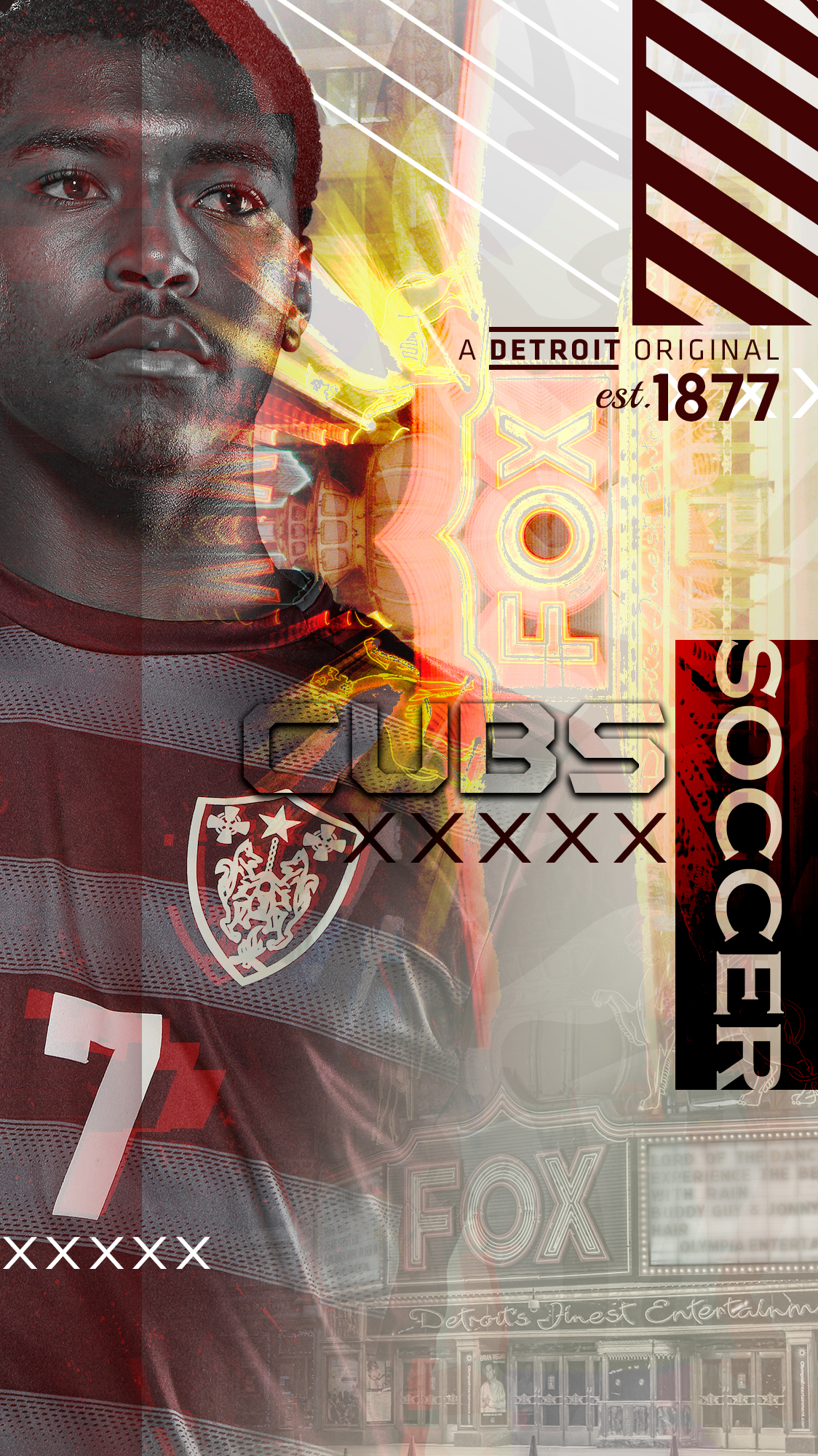 Bloomfield Hills, Mich. – Sometimes the ball just does not bounce your way. On Tuesday night the University of Detroit Jesuit Cubs varsity soccer team learned that lesson the hard way during a sun-kissed late summer game in the Detroit suburbs.

The Cubs were riding high, after a dominating performance in the Petoskey Invitational saw them extend their winning streak to four games, with victories over Oxford, Notre Dame Prep, Ann Arbor Skyline and Grand Blanc. Now, however the intensity and the focus ratcheted up as the Cubs turned to Catholic League play with a road trip to face the Brother Rice Warriors.

After almost 80 minutes of a sometimes chippy game between the eternal rivals, it all came down to this: Senior goaltender Lucas Castro (Royal Oak, Mich.) calmly took his place on his line with less than two minutes to play. Moments before, Cub captain and junior midfielder Brandon Alchy (Bloomfield Hills, Mich.) had controversially been called for handling the ball just inside the Cub penalty box, resulting in this golden opportunity for Brother Rice to steal a late goal. But first the Warriors had to get through Castro, who had been impenetrable all night.

Castro proved up to the task as he stonewalled the Rice attacker with a superb save on the penalty attempt, only to suffer heartbreak as the rebounded save bounced right to the feet of a fortunate Warrior player who slotted the ball into the net, salvaging a late undeserved tie for Brother Rice.

The Cubs had dominated possession throughout the contest and seemed to be in control, but had problems finishing, as they could not convert numerous scoring opportunities into goals. In particular, Brother Rice did not seem to have an answer for the speed and power of senior forward Zerek Henderson (Farmington Hills, Mich.), who made numerous probing runs into the heart of the Warrior defense.

Finally, with 20 minutes remaining in the second half, senior central defender Xavier Chow (Troy, Mich.) blasted a free kick toward the Brother Rice net, and after a deft save by the Warrior keeper, senior winger Marcus Irwin (Ferndale, Mich.) was the right Cub, in the right place, at the right time, as he pounced on the rebound and rung up the goal that had been eluding U of D Jesuit for the first 60 minutes of the contest.

This set up a ferocious final quarter of the game, as Brother Rice desperately looked for an equalizer. The Cub defense held strong until the questionable call at the end gifted Rice the penalty that ultimately resulted in the tying goal.

The focus for U of D Jesuit now turns to another Catholic League game as the Cubs travel to the east side to take on the Purple Pilots of De La Salle Collegiate in Warren. Kickoff is scheduled for 5:30 p.m. on Thursday, September 2.

Parents of Student-Athletes: Please login to myUofDJesuit for complete practice and game schedules. Also, note that you can set up text or email notifications within myUofDJesuit to be alerted about schedule changes.