There are three Jesuit Academy teams available to 7th and 8th graders (Academy A, Academy B, and Academy C). The teams compete in the Catholic Youth Organization (CYO), as well as a number of non-league games and local tournaments. Academy basketball has recently won four CYO city titles.

Our goal is to prepare you for competition at the next level. We think that every player competing in our program through the varsity level can play college basketball. The determination of where, and at what level is dependent on individual objectives and abilities. We set goals to win championships in the process, but your development as a player, teammate, and as a person is paramount to success.

With our objective in mind, we work hard to make college basketball a reality to those wishing to pursue that option. We correspond frequently with college coaches from every level of the NCAA and NAIA to keep them abreast of our players’ accomplishments and attributes. Each year we host coaches from across the country who have an interest in recruiting our student-athletes. Last fall, we hosted coaches from: Michigan, Michigan State, Iowa State, Ohio State, Harvard, Northwestern, Stanford, Marquette, Pittsburgh, Cleveland State, Youngstown State, Kent State, Davidson, University of Detroit Mercy, Eastern Michigan, Saginaw Valley State and Albion, as well as corresponding with hundreds of colleges nationwide.

Come to U of D Jesuit and help us continue to build a tradition of success, both in the classroom and on the court.

IT’S A GREAT TIME TO BE A CUB 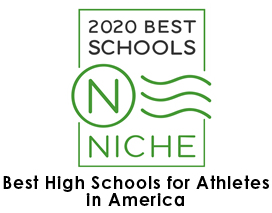