Founded in 1877 by the Society of Jesus (the Jesuits), our school was first known as Detroit College and was located in the Trowbridge Mansion on Jefferson Avenue in Detroit. Originally a high school, the first college-level classes were added in 1879. The school moved to a new facility, Dowling Hall, in 1890 to meet the growing student body. The name Detroit College was changed to the University of Detroit in 1911. In 1931, the school moved to its current location on the South Cambridge Avenue and 7 Mile Road in Detroit.

The decision for the school to stay in the city of Detroit was a decision to support and to create a school that would reach out and serve the residents of Detroit.

The Decision to Stay

As a response to financial difficulty; an Academy (7th and 8th Grades) was added to the High School in 1973 (for the 8th grade) and 1974 (for the 7th grade) to help boost enrollment and create a feeder program into the High School.

In the mid 1970's, many people connected to the school were advocating a relocation to the suburbs in order to stabilize enrollment, finances and resources. The potential move was also supported in light of the fact that many institutions including several Catholic high schools were moving out to suburban locations as well. However, after much prayer and an examination of the Jesuit mission for the school, the Jesuits remained committed to providing the highest quality, college prep, Catholic and Jesuit education within the city of Detroit.

In the fall of 2016, a new $16 million Science and Engineering Center opened on campus. The four-level, 40,000-square-foot addition to The High doubles the school’s space for biology, chemistry, and physics program while also providing labs for engineering and research. The eco-car and robotics programs also benefit from added workspace.

Today, U of D Jesuit High School and Academy remains one of the oldest continuously functioning secondary schools in Michigan. The school enrolls a diverse student body from Detroit and more than 70 surrounding communities. The high school has more than 750 students and the Academy has more than 150 seventh and eighth graders. Our diverse student body is a testament to the Jesuit ideal of forming men for others.

Drawing on more than 470 years that Jesuit schools have been in existence, U of D Jesuit remains committed to providing the education of a lifetime within the city of Detroit.

Why are we referred to as The High?

The term The High can be traced back to our roots in the 1870s when high school students and college students at Detroit College (as we were known until 1911) were educated in the same building. Since we shared the same institutional name, students at the high school level were referred to as "students in the high." The term continued after the university and the high school moved to separate campuses. 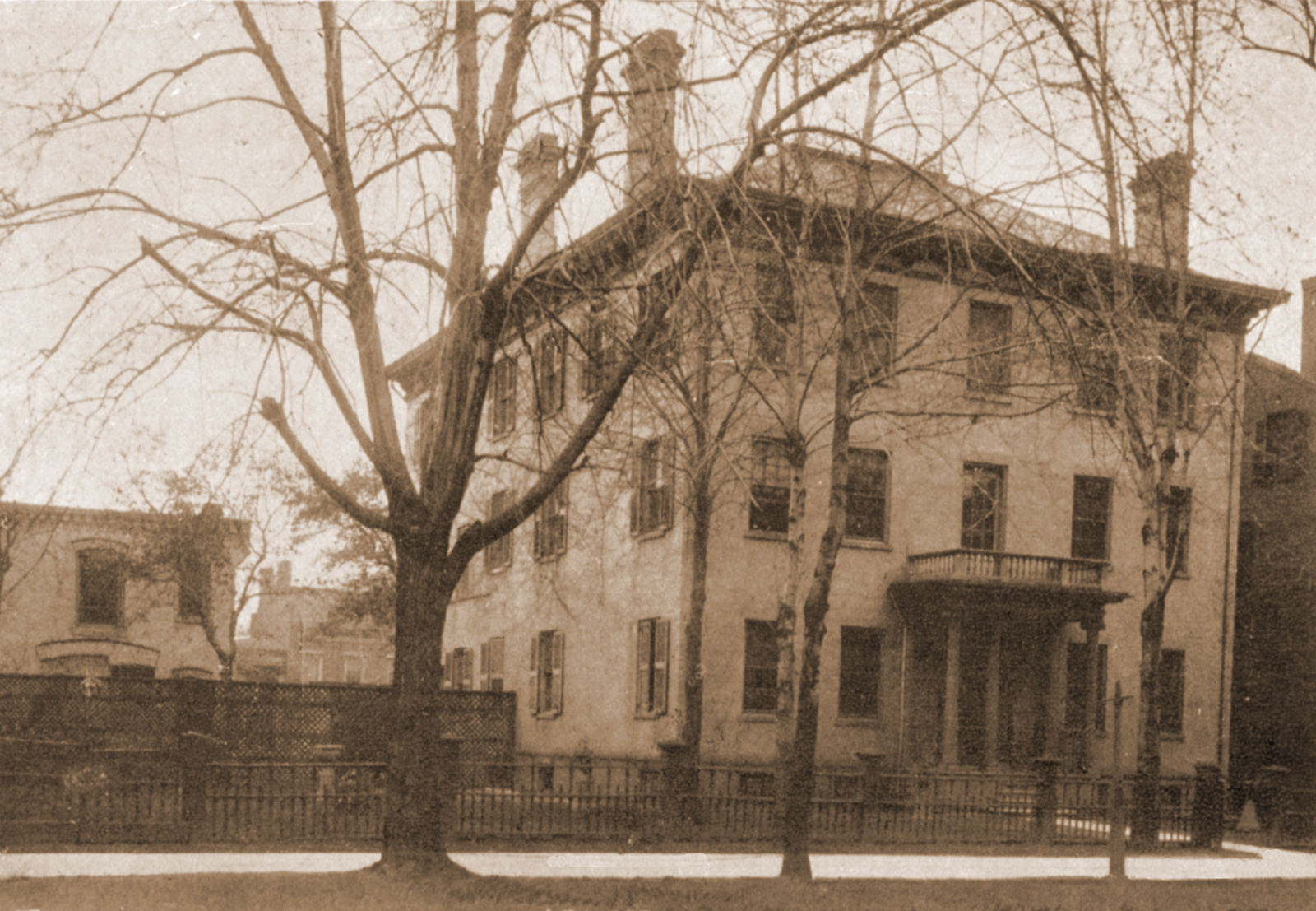 Trowbridge Mansion - First home of The High in 1877 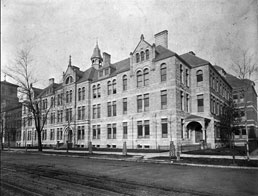 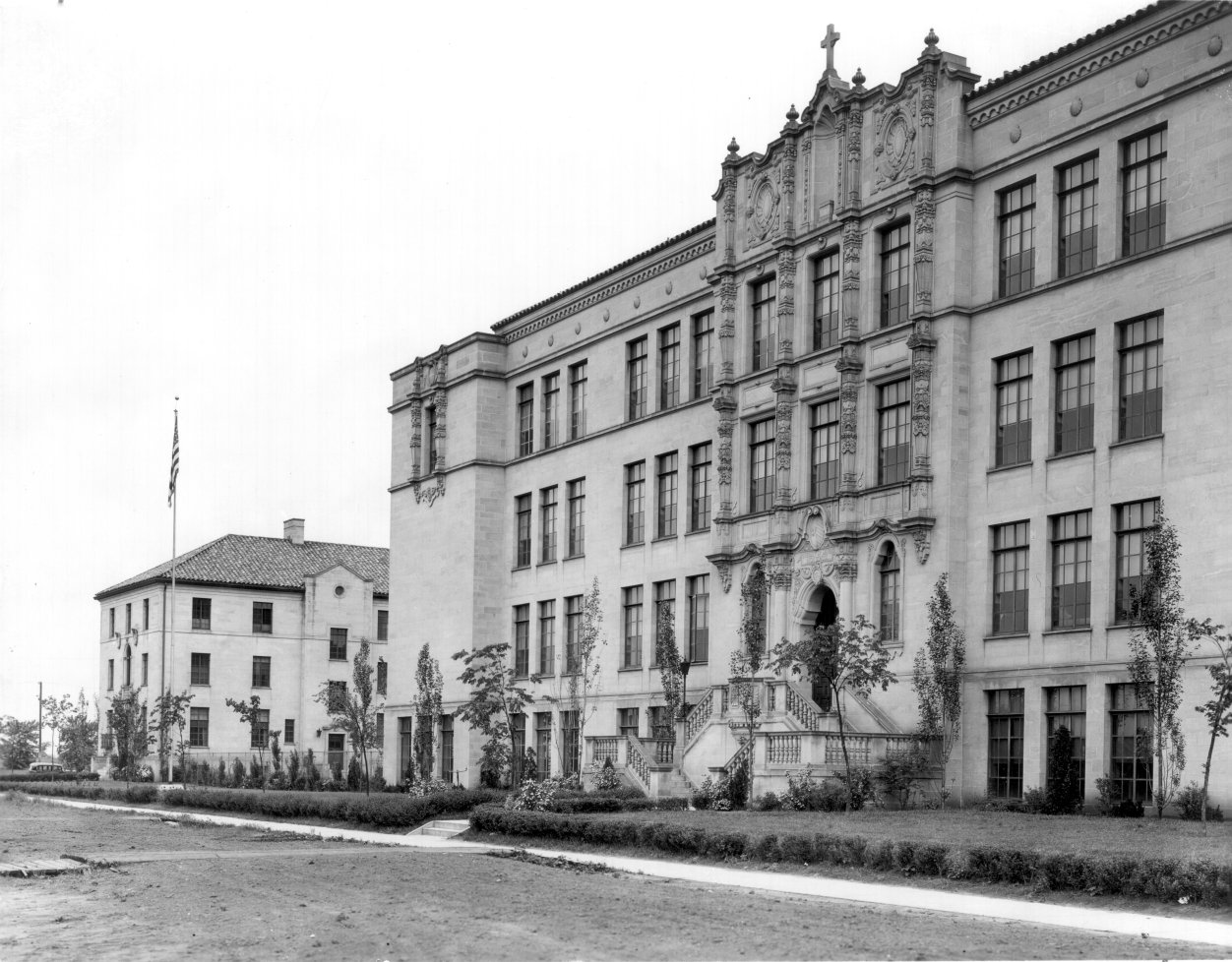 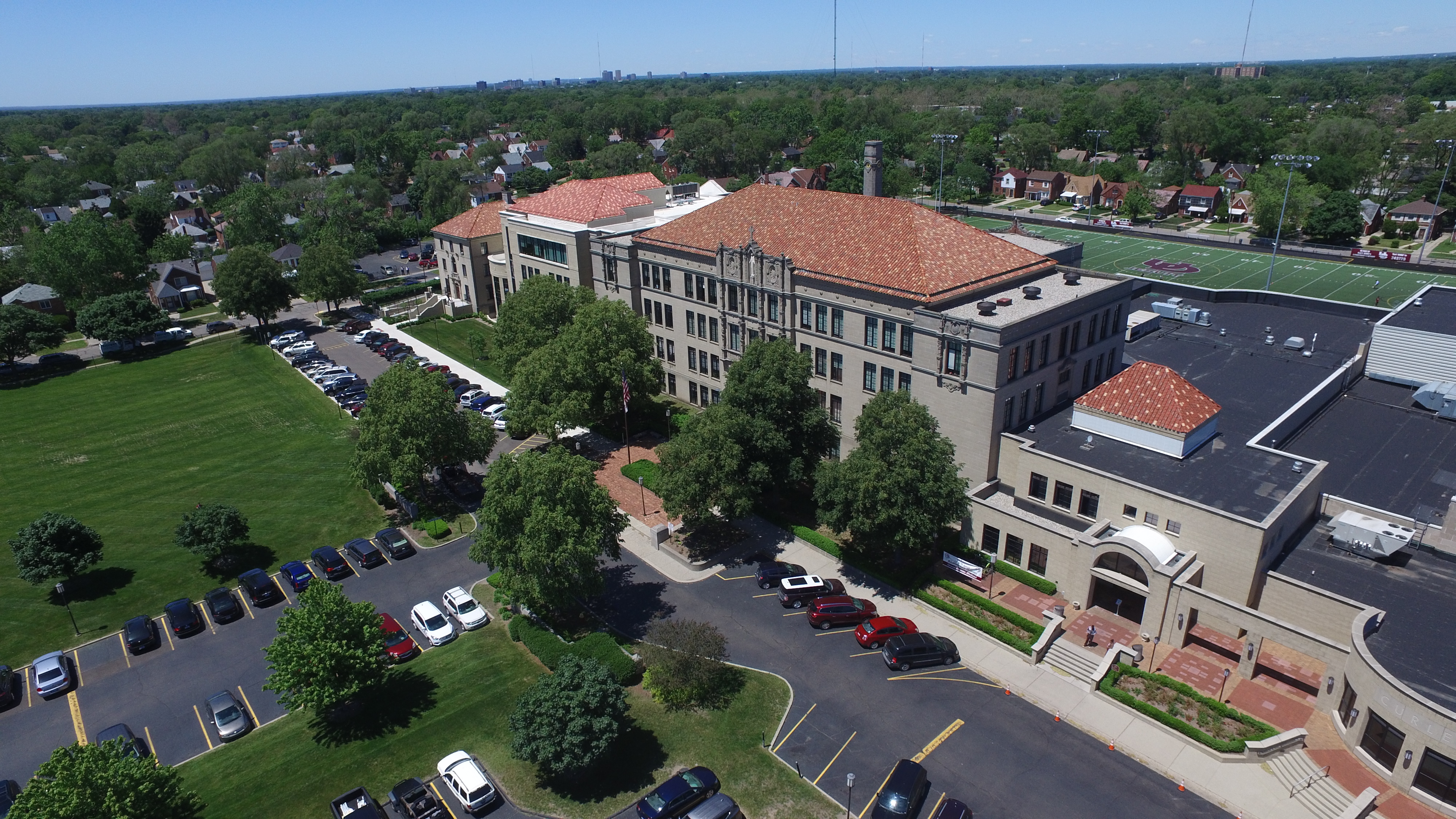 LISTEN TO OUR FIGHT SONG!

"Here’s to U of D High School

Here’s to our colors

of Maroon and White!

Here’s to all the fellows